You are here: Home › Blog › Side Effects of Good Training
By Trisha on September 16, 2015 in General 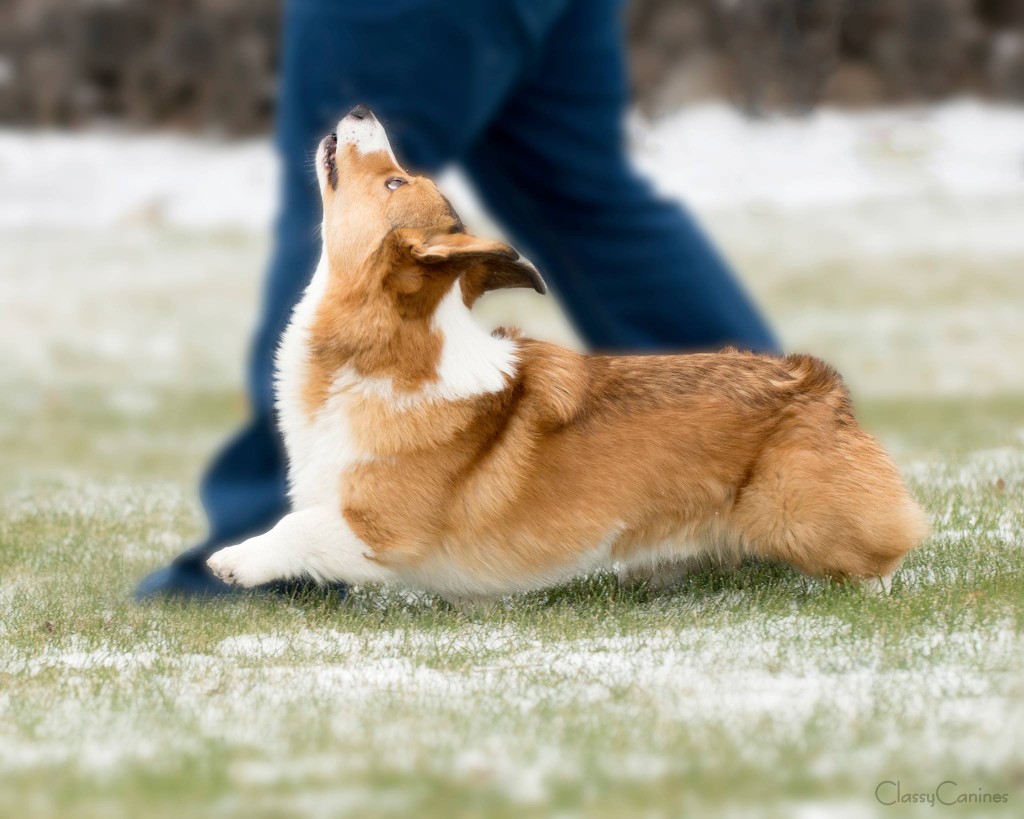 Many of you reading this have met my dog, Einstein, through one of Margaret’s courses either as a demo dog, or more recently working her nose work classes. What most of you don’t know is Einstein’s whole story.

Einstein is my first dog (ever!), and I didn’t really know what I was doing when I got him. So home comes this 6 month old totally unsocialized nervous dog that had never been out of the dog shed. If you sighed, he would pee. If you moved furniture, he wouldn’t come out for at least 24 hours. He was scared of pretty much everything in life. We started doing home training and he started to come out of his shell some. He is a Corgi after all and cookies are pretty awesome. We went to go play in agility, but sadly his body wasn’t able to keep up and for his safety I pulled him from it. After a month of nothing I decided I needed to do –something- and my agility instructor (thanks Anne!) suggested I contact Margaret. I went to go watch a class with my little foster Corgi at the time, and the rest was history. I was in class at least once a week, every week, after that.

Einstein just blossomed with working under Margaret. He became the happy joyful Corgi that he really is! He’s a funny guy and has a great sense of humor, but you never would have known it before we started training. This gave him the self-confidence to go out and do things and be right! And, hello, cookies! He earned his CD out of Novice A 8 months after starting obedience training. He then went on to earn his CDX 6 months after that without having a shred of open training while we were in Novice. Now, I thought I was pretty cool here, but looking back at what was going on, I could still see that I had a stressed dog in the ring. I just attributed that to Einstein being well, Einstein! Luckily for me, Margaret went off to a Bob Bailey camp and that’s when everything really changed. We got it.

In the 1.5 years between Einstein earning his CDX and his UD (under 3 years of training, 2 years of trialing to the show (and judge!) from his first day in Novice A) I totally changed how I trained, under Margaret’s guidance. The changes are amazing in the ring, I don’t have the weird stressed dog I used to, he was HAPPY! Smiles, bouncing ear tips, jumps with pizzaz, this was one happy Corgi!

But great, who just wants a happy dog in the ring? The change I saw at home was amazing. Einstein was so much happier, more engaged, and didn’t get weird at home. He owned it! During that same time gap, I added a puppy to the house. It was rough going for a while, but I have no doubt that Margaret’s idea of giving a dog the choice to do something helped with that transition. Einstein knew that he could choose what to do. He is in charge of his own actions – he could make his own choices. I wasn’t going to force him to do anything.

Fast forward, Einstein isn’t doing obedience anymore. His body won’t hold up to it, but he’s playing in nose work. Even more free choice! Sniff all you want, but I’m only giving you cookies for finding this odor. He loves it. Perfect for him. He’s so happy! He’s relaxed, he’s confident, he’s enjoying life more. He’s begging to out and do things. He even wants to play more, which is not something that he enjoyed doing much before.

The concept of allowing our dogs to choose is huge to those of us with “different” dogs. Einstein knows now that he will have the option to do something. He has the power, and that give his confidence in everyday life. Now, there are sometimes consequences for the actions that he chooses (no, you cannot guard the door Einstein) but that is a valid option. He’s much happier in the house and in daily life. He wants to –play- with his “sister”. He’s just wild in the house. Zoomies almost every night. He’s picking up toys and playing with them. He’s snuggling with me, and not in the needy crawl inside your skin way he used to. He still isn’t fond of changes, but they don’t throw him into a meltdown anymore.

Einstein used to be totally attached to me, so stuck to me that he couldn’t function without me around. Now he spends time not stuck next to me. He’ll go off and do his own thing, even though he’ll be there ready to go at a moment’s notice. He’s become his own dog and is more sure of himself. I have no doubt that our obedience ring performances would reflect that. 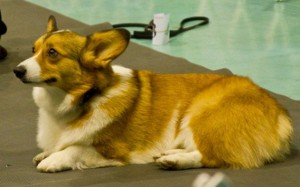 Good training makes happy, confident dogs that are able to think and reason for themselves. It’s a beautiful thing to experience. You can see that in the photo at the top of this post (taken by the ever amazing Kathy Brandt and Classy Canines). I’ve posted one from his first time ever in the ring as a Novice A dog here as well for comparison. I can’t believe how far he’s come in life – and we owe a lot of it to Margaret.

2 Responses to Side Effects of Good Training